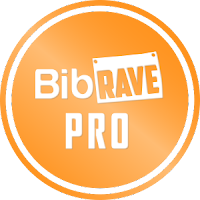 "Disclaimer: I received a link to preview the film, Godspeed: The Race Across America, to review as part of being a BibRave Pro. Learn more about becoming a BibRave Pro (ambassador), and check out BibRave.com to review find and write race reviews!"

Today is the premiere of GODSPEED, the documentary about two men's quest to finish the Race Across America!

You can find showtimes and theater locations at the Fathom Events Website.  The film will only be in theaters TODAY. 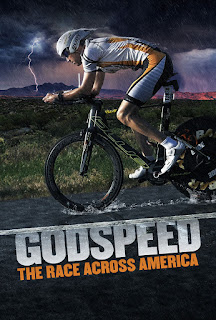 I was given the opportunity to see the film in advance.  I think I need to start watching more athletic endurance documentaries while training as it was such a great source of inspiration and motivation!  Watching the film also made me excited for my own relay adventure - Ragnar Relay Chicago!

The film follows two men, Jerry Schemmel and Brad Cooper, as they cycle, relay style, from the Pacific Ocean to Atlantic Ocean in the Race Across America to raise money for orphans in Haiti. 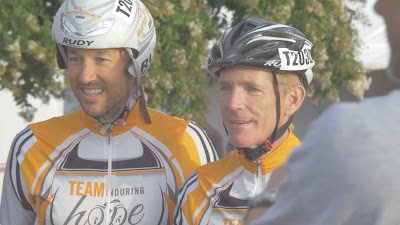 The experience comes across as particularly brutal as they start in 100+ degree temps while cycling across the desert, and then have to finish in days of torrential downpours on the east coast.  One of the cyclists commented that there wasn't one day that didn't have a brutal two-hour section. 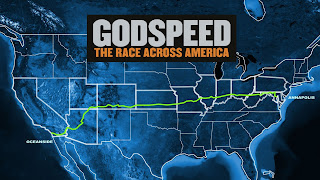 There were of course, so many parallels that I was able to make between their cycling and my running.  The film really highlights the importance of having a support crew in an event like this.  Having just completed Ragnar Relay, where each of our vans had two AMAZING crew women, I can attest to how important they are!  Even when you are not participating in large event, having a support network is key.  I know I would not be able to train, take care of my kids and work a full-time job without one!  I loved how much their family played a role in their journey as well and how excited everyone was.

The sheer focus of the two men was also highlighted.  They consistently talked about picturing the end to get them through.  One of them said, "Knowing the end was in sight got me going" near the end when it was pouring rain.  They also were able to stay in the moment and appreciate the amazing scenery.  (Hello Rocky Mountains!!!)

One comment made during the film was "If it was easy, everyone would do it" and how true is that of endurance sports?  I know the fact that training is HARD WORK is one of the things that attracts me to distance running.

You can find a showing of the film near you here.

Here are a few more reviews of the film: